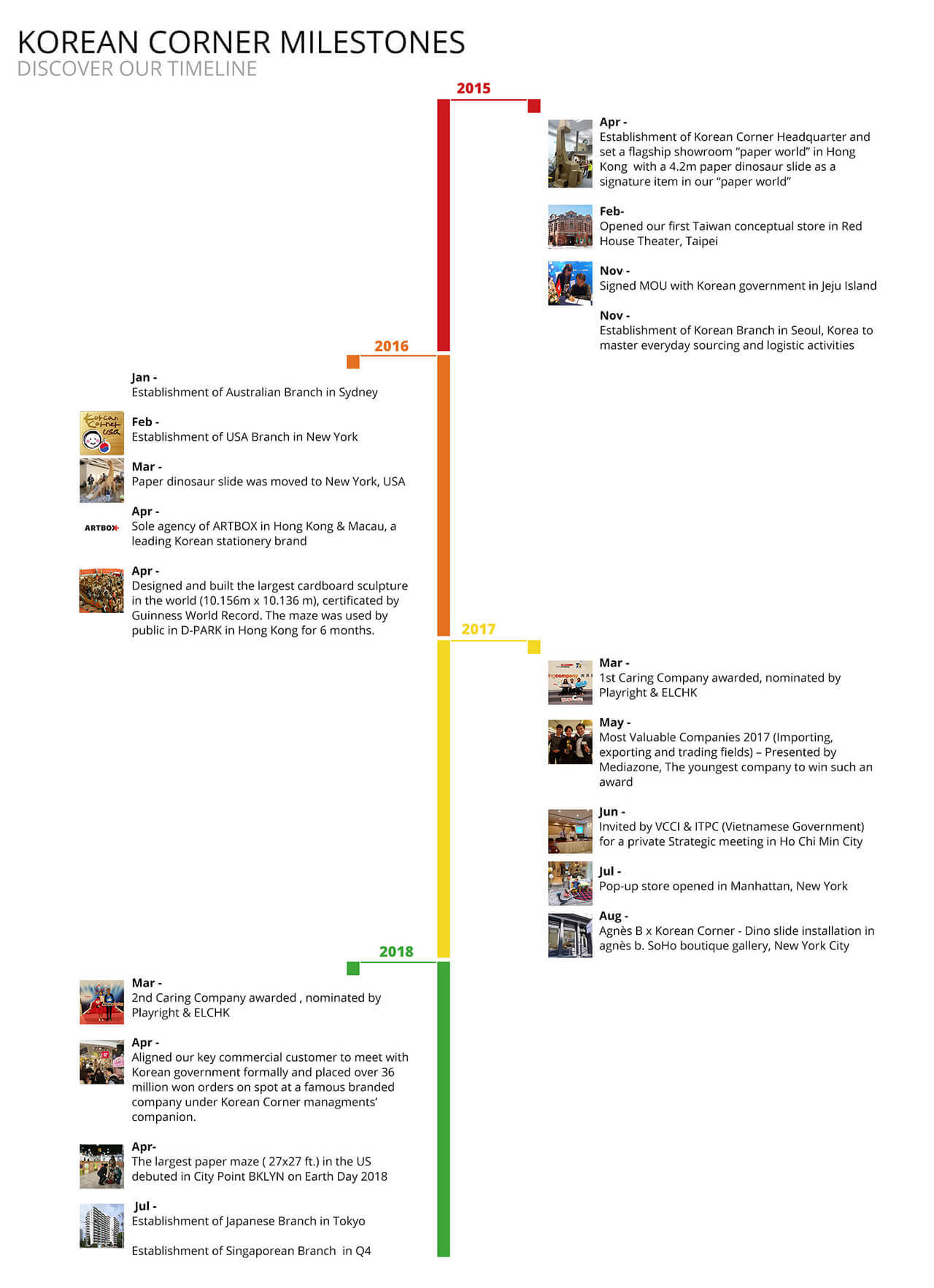 Established in 2015, Korean Corner is one of the fastest growing importers and exporters in Hong Kong focusing on quality creative Korean products, mainly dealing with B2B transactions. With headquarters located in Hong Kong, Korean Corner expanded into South Korea, Australia, Taiwan, and the US. We hire local staff in all our branches to adapt our products to the localculture and thereby providing the most professional and adequate offerings to our clients.
Japan and Singapore offices have been set up in Q3 of 2018, and we are now planning on our next step in Vietnam, Estonia and Canada.

Korean Corner provides a wide range of quality products to fulfill our clients’ needs. Our clients consist of industries, schools, NGO/NPO, government departments, retail utilities etc. From less than 100SKU of products we had “paper world” 3 years ago to today’s80,000+ SKU, we have built up 7 categories: “paper world”, “kitchen world”, “living world”, “kids world”, “outdoor world”, “stationery world” and “F&B world” over the years. Almost half of our products aredistributed by Korean Corner exclusively.

We created GREEN project of “paper world” by using 100% recyclable paper. With cooperating with NGOs, organizations, government departments and other business corporations via different channels and aspects in order to promote our client’s brand and to heave their brand images to public effectively. We work with organizations such as The Charles K. Kao Foundation (for elderly, established by Nobel Prize Winner); HSBC Playright (for children & parent); Power of Love (for children); Caritas Community Centre (for poverty children & family); World Green Organization (for environmental level) and UNESCO…
To know more, please click HERE.

Prof. Chan Tak-on (Kelvin) was born and raised in Hong Kong from a grass-roots family. Since middle school, Kelvin realized that there are many in the community in need of help. He joined the Civil Aid Service Cadet Corps and volunteer team of social welfare department to serve the community and develop self-discipline.
On entering the workforce, Kelvin joined Dashun foundation, a think-tank member of the Belt & Road Global Development Alliance, consulate for Wofoo social enterprise, tutoring and consulting several of social youth projects and also volunteer as a committee of UNESCO.

Kelvin started Korean Corner in early 2015, besides business operations, Kelvin wants“GREEN Project” in “paper word” to spread and rise environmental awareness and concepts to public and create values for all stakeholders. Despite limited resources, global market downturn and intense competition within the industry, Korean Corner has successfully established global presence and set up branches in 7 countries world-wide.

Due to family financial pressure, Kelvin left school after he graduated F.5, he did not miss a chance to upgrade himself. He finished diploma, high diploma, bachelor degree and master degree using his time after work.
In 2017, Kelvin was awarded as Honorary Doctorate in Business Administration; a year later, he was sponsored a scholarship by IE business school and Chicago Booth for their world-class business administrative management programme.

With Kelvin’s leadership, Korean Corner was recognized by different industry, within 3 years the company was awarded more than 20 international recognitions and awards and adopted as a part of the curriculum / case study in business school in UK, Thailand and China. Kelvin’s portrait photo has been hung on “Wall of Fame” in the Hamilton House gallery, London since 2016 December; and in early 2018, Kelvin was selected as the youngest “World Outstanding Chinese”.

His own journey and development of Korean Corner highlighted the “Hong Kong spirit”, his story also recognized locally and internationally to inspire more youth, students and entrepreneurs. 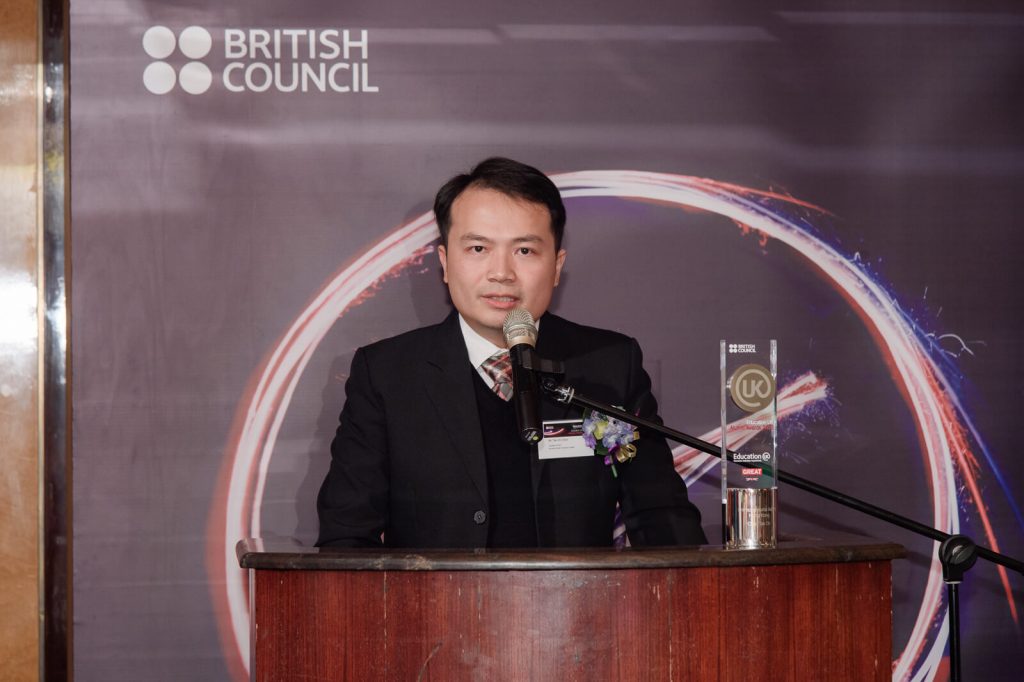